UNPark / FREESTYLE was the concluding act in the field of a research project launched in 2019 by a multidisciplinary team of architects, designers and engineers from Politecnico di Milano as part of Polisocial Award, our social responsibility programme.

The event was organised with the support of various local associations (sports, cultural, social promotion) and thanks to the support of the public administration.

From 24 to 26 September, a series of free events open to the public took the place of a parking area under the Serra - Monte Ceneri (SMC) flyover in Milan, between Via Plana and Via Bartolini, illuminating spaces usually lit only by car headlights. The aim is to envisage a second life for infrastructures in high-density urban contexts, under the banner of social inclusion and urban regeneration through sport. 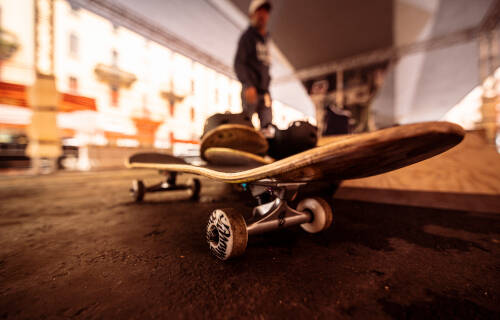 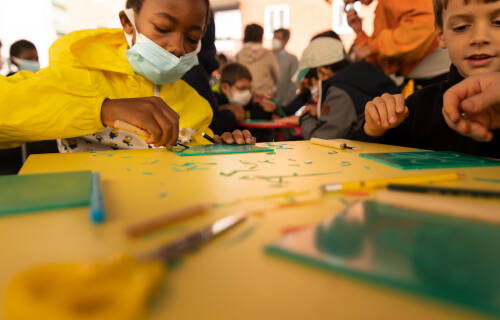 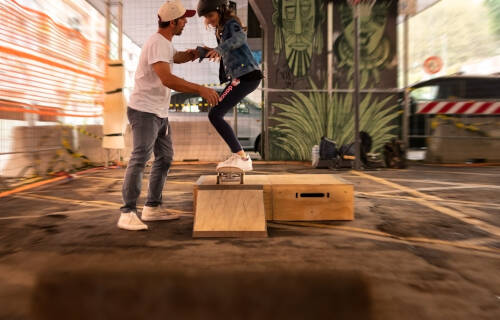 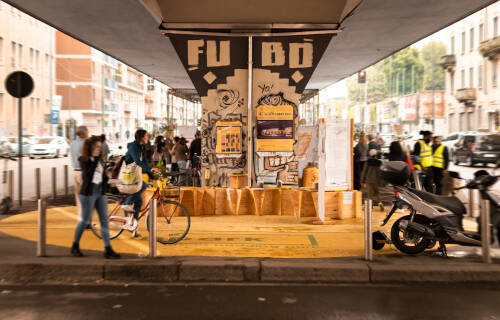 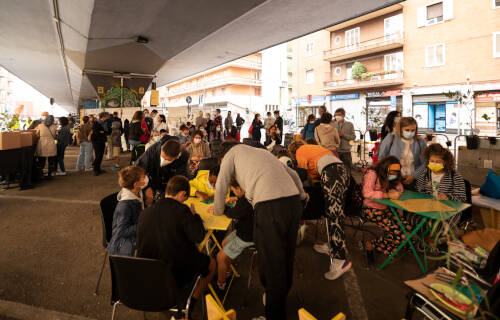 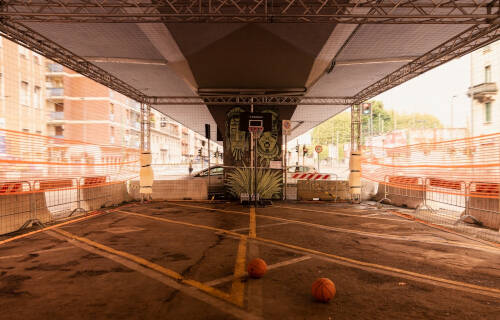 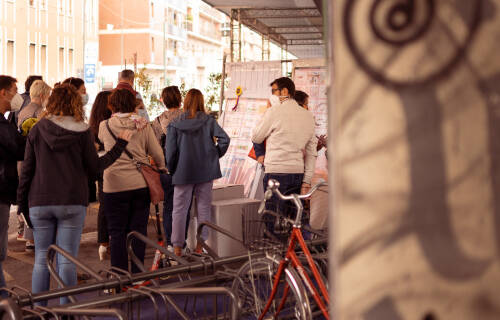 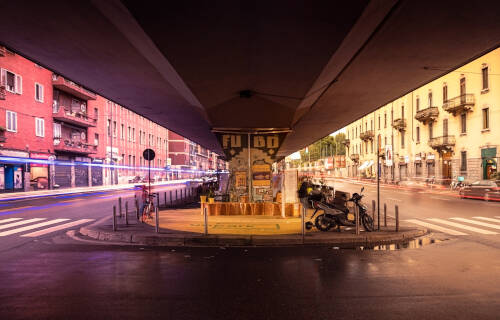 The UNPark - Urban Nudging Park research has - starting from its name - the ambitious objective of encouraging citizens and the Public Administration to trigger a shared process of regeneration of that infrastructure, which can be scaled up also in other contexts.

Built in the early 60s to alleviate access traffic to the Fiera Campionaria, the SMC flyover has over time become an increasingly critical element for the urban quality of the area, being seen by the inhabitants as a visual and physical barrier that makes the area suburban, despite being relatively close to the city centre. Not only is the SMC one of the main contributors to the deterioration of the area, but also the parking spaces underneath it are regarded as an element of insecurity and confusion, with serious repercussions on air quality due to fine dust and other pollutants. These areas create daily problems of health and safety, as well as the resulting commercial devaluation of the area and the delay in the innovation of urban services.

Working on the spaces at the SMC flyover therefore involved thinking not only about the infrastructure itself, but also about the regeneration of the places around it and, above all, the quality of life of the people who live there.

UNPark / FREESTYLE has been described in many ways: "courageous", "visionary" and even "innovative". But UNPark / FREESTYLE certainly didn't go unnoticed, and that was the aim of the initiative. The Serra - Monte Ceneri flyover is in fact an opportunity for continuous experimentation, a permanent urban laboratory: it is a dilemma that has its own solution within it.

This initiative wanted to demonstrate that even the most neglected and abandoned space, with the involvement of the local inhabitants, can find its own redemption, also thanks to sport. Residents, associations, amateur sports clubs and groups in the area brought the flyover to life, demonstrating their skills by getting involved before, during and after UNPark / FREESTYLE.

For eighteen months, in fact, UNPark worked on topical issues such as: new models of collection, reuse and recycling of materials for the creation of social spaces; actions and methods of engagement of the population in urban regeneration processes; monitoring of air quality by means of open data collected by volunteer citizens; study of the opportunities offered by Nature Based Solutions (NBS) and the IoT world, technologies and lightweight textile components for environmental and acoustic mitigation.

Can we imagine a different future for urban infrastructure? Can infrastructures become part of public spaces and become "multi-systemic urban services"? For UNPark researchers, the answer is yes.