The researchers created models of the floor and the surrounding architecture, starting from the laser scanner data. The high-resolution photogrammetric survey, carried out on site by researchers from the Politecnico between September and October 2021, acquired over 50,000 high-resolution images, using a system designed ad hoc. 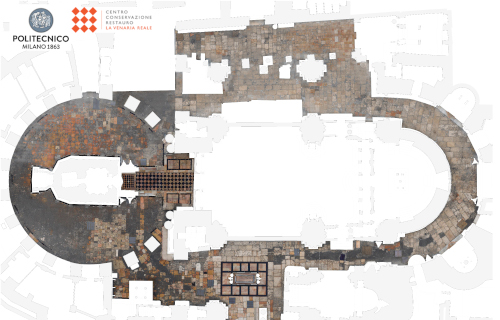 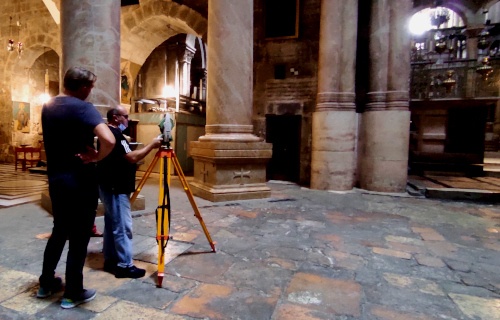 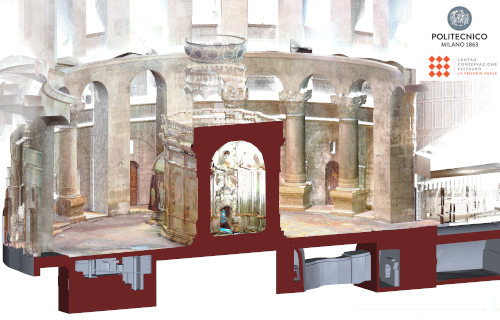 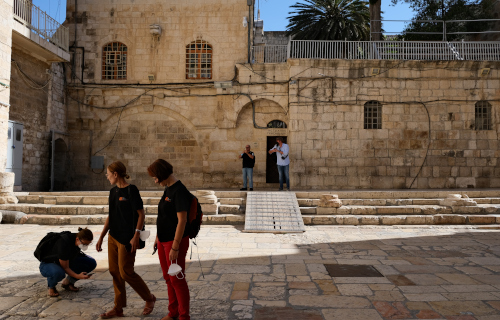 As Prof. Luigi Fregonese from the Department of Architecture, Construction Engineering and Built Environment at the Politecnico di Milano, explains:

The system we designed, consists of a special trolley on which we engineered an articulated lighting and acquisition system, with controlled intensity and colouring. This was integrated with a topographic survey for processing and verifying the final result, a digital image, an orthophoto, with very high resolution, metrically reliable and precise, of the entire floor of the Church of the Holy Sepulchre.

It was a particularly complex task because of the composite architecture of the building, also made up of rooms and underground stratifications, that also required the continuous coordination with the internal staff at the church, in order to avoid interference with normal liturgical activities and visits by pilgrims and tourists.

The project was carried out by the research group MantovaLAB - HESUTECH from the Mantova Campus of the Politecnico di Milano (ABC Department), which is coordinated by professors Andrea Adami, Luigi Fregonese, Stefano della Torre and the Vice Rector of the Mantova Campus Federico Bucci.

The project manager for the conservation and restoration of the floor - the start of which has recently been announced - on behalf of the Custody of the Holy Land, is the Centro di Conservazione e Restauro La Venaria Reale [CCR-VR] in Turin, with the support of a multidisciplinary team, while the direction of the archaeological excavation has been entrusted to La Sapienza University of Rome.